When a client is done with their breathing exercises, I can hear their nervous system submitting; "Okay, I’m ready to learn."

This response is quite an improvement from the initial, "I have no idea what I’m doing here, I’m just trying to survive!" that I hear from their nervous systems when clients first arrive.

I feel a connection with the nervous system, like it’s my job to calm it down. I want to make it feel safe and receptive to learning. At J&M, we also focus extensively on setting our clients up for successful training by starting them off with a solid foundation.

Reactive attention, on the other hand, is reached through fight-or-flight. When our clients walk in it is their reactive attention that is most active, this why I hear their nervous systems yelling, "Get me the duck out of here!"

The only thing the client’s brain is concerned about in this state is surviving.

So what do we do? How do we get people out of Fight or Flight?

END_OF_DOCUMENT_TOKEN_TO_BE_REPLACED

A guest post by Dave "The Band Man" Schmitz 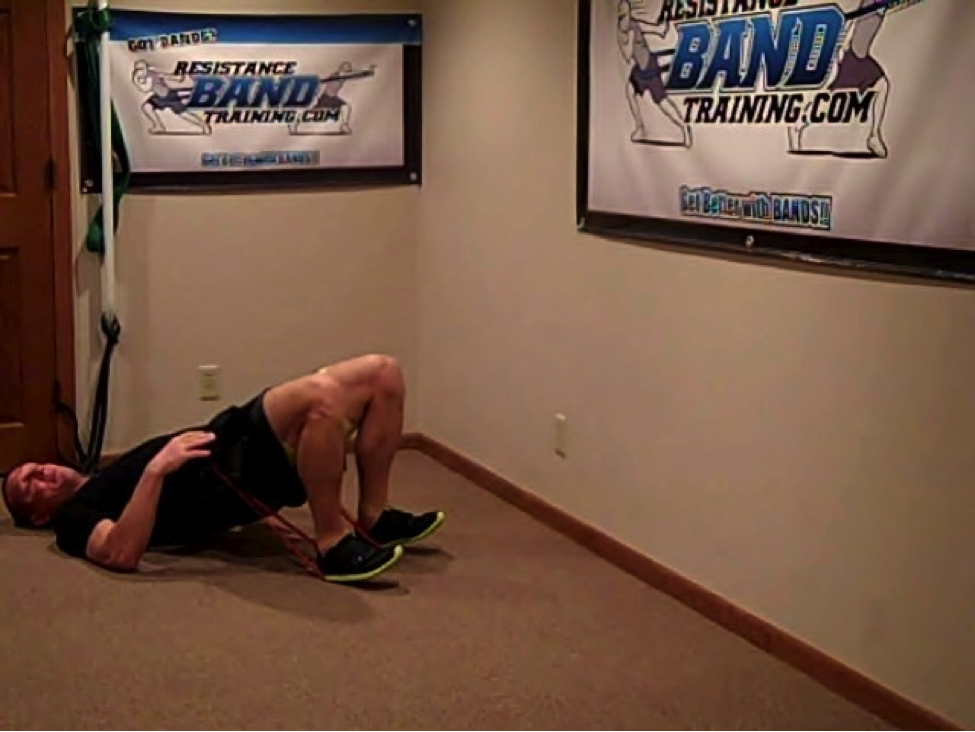 To effectively activate the glutes you must get hip extension.

To proprioceptively stimulate hip extension you need surface pressure on the ASIS or anterior hip region.

Band training for the butt is therefore super easy with the band set-up because it accomplishes both of these and people can feel the burn.

Getting BETTER with BANDS,

The Most Important Question to Ask your Clients

The other day, while I was coaching, it came to me…I finally realized the most important question to ask someone while they’re working out.  What’s that you ask?  It’s a simple question that I’ve been using for a long time.

Where do you feel it?

Five simple words can tell you everything.  Five simple words can literally give you more insight to what’s going on than any trained eye will ever see.  I pride myself on having a good eye and being able to nitpick about any movement pattern until it’s practically flawless.  Joint centration, angles and force vectors, alignment, and all the other details that can effect an exercise do not go overseen while I’m coaching.  However, that simple five word question can practically paint the picture of what’s going on.

This works well in any situation.  One-on-one, small group, and large group training will benefit if the coach is asking this simple question….and asking it often.

During a training session, it’s usually obvious when someone is doing an exercise improperly.  However, sometimes the movement can look flawless but still be performed improperly.  Most of the time, if it looks right, it usually is.  The only way  to confirm this is by asking your client “Where do you feel it?

Let’s take a specific example and elaborate just a little.  During a training session the other day, I had a client (23 year old male with history of LBP) performing a deadlift.  I’ve assessed him, cleared up his mobility issues, given him tons of stability, and began to progress him through proper progressions to help him get to his goals.  One day during training though, he happened to throw out his back again.  The coach in charge of the session (a very talented trainer to say the least) began to tell me the movement looked flawless.  After a couple weeks of recovery and building his confidence back up, we tried to deadlift again.  I wanted to personally watch him this time to see if I would find a minor flaw that would lead to LBP with this movement.  I got nothing.  Looked flawless.  Toes out at 15-20 degrees, knees slightly out, chin tucked, shoulders packed, long spine….everything looked perfect.  It wasn’t until I asked that simple five word question that I was able to figure it out.

After asking him, “Where do you feel it”, I immediately knew what was going on.  He said glutes, hamstrings, and lats.  All good in my book.  But then he happened to say he felt it in his low back a little.  Not much, but that’s normal right?  Nope.  The movement looked perfect, however, he was pulling the weight improperly.  Basically, he was pulling the weight by lifting his chest and using his low back to help extend the hips.  Not driving through the movement with his glutes.

After some cuing and explanation of how to pull the weight, the problem was solved.  He tried the next set, and BOOM, no low back.  All glutes, hammies, and lats.  Nice!  I would have never been able to help him without asking that simple question.  He would have been terrified to deadlift and been subjected to a life of pain.  Now that he’s pulling the weight right, his confidence is soaring, he’s pulling more than ever, and no pain whatsoever.

During each training session, I’m asking that question all the time.  Sometimes I already know the answer, but you never know until you ask.  Each large group training session, I’m always running around like a mad man getting people all jazzed up.  With all this excitement going on, I still make sure to ask each person, on each exercise, where they feel it.  It takes about 5 seconds to ask, and the answer will ALWAYS help you improve your ability to coach and train individuals effectively.  Now start asking that question, and ask it so often that you feel like your annoying the hell out of them.  It’s well worth sounding like a broken record to give your clients the best training possible.