Three Things I Wish I Knew Early in my Training Career

Every once in awhile, I like to write about failures, successes, and other variables that have gotten me to where I am today.  Becoming a great coach doesn’t come easy.  I’ve spent thousands of hours coaching clients, reading books, watching educational videos, traveling the country to see the best gyms and how they operate, and have dedicated my life to being great at what I do.  In this piece, I want to share my top three things that have made me a better coach and have improved my results DRAMATICALLY!

If you’re reading this article, hopefully you’ll get a couple takeaways and improve your own personal skills as a coach, trainer, or therapist.  Each one of the three highlights will require more research to fully understand them, but as I tell each new hire or new intern coming in to work at our facilities, understanding these three things and how to incorporate them into your training will make you better almost instantaneously.  Take these three tips and run with them.  I promise you will not be disappointed with your results.

END_OF_DOCUMENT_TOKEN_TO_BE_REPLACED

Bad Form Is Better Than a Bad Day

You probably know I’m picky on form. Honestly, one of the things my gym is most known for is our attention to detail and focus on tight form and clean movement. I don’t know how many times I’ve said, “every rep under this roof should be perfect!”

Although I often write and make videos about how to exercise with correct form, today I want to write about a time that it may be ok to have bad form.

Have you ever been running a group training session and you have that client that is just all over the place? Their hinge looks like a toe touch, their squat is a perfect hinge, and their pushup looks like they are doing some sort of snake type dance? I know I have, and I’m positive beyond the shadow of a doubt that you have as well.

I have to mention that this circumstance happens less and less now that I have a system to screen each client and place him or her in an appropriate progression with very little guesswork. However, even with the best screening system on earth you still have people that need more coaching than others. So that brings me to my point. 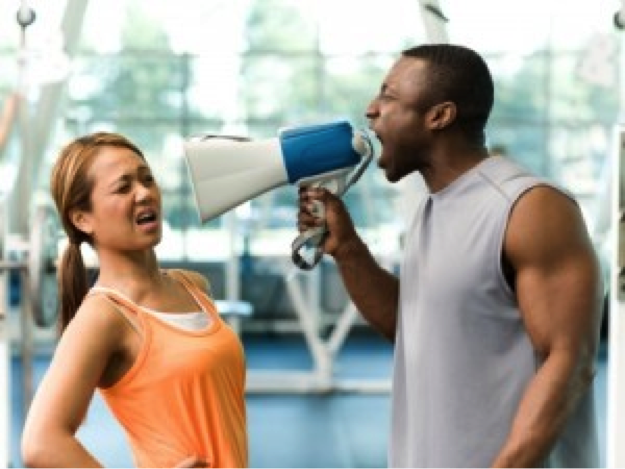