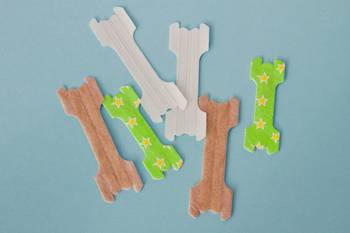 If you breathe out of your mouth or have ever struggled with breathing during physical exercise, you will definitely need to listen. And if you have never heard of the importance of conscious breathing while training, this article could make a dramatic improvement in your movement quality and performance.

Breathing has been a hot topic buzz word for the past few years. Everyone seems to have a different opinion on how we should breathe. If you’re anything like me, I don’t care who is right, I just want consistent information that is going to help my clients and me get results the fastest most efficient way possible.

Like every exercise, it’s always super easy to make things harder. But the real genius comes with the regressions. To me there is nothing more regressed than taking in a breath. It’s the first thing we do when we are born and the last thing we do before we die. You will take hundreds of millions of breaths in a lifetime. Are they making you healthier or are they sending you to an early grave? Dun…Dun…Dun!

END_OF_DOCUMENT_TOKEN_TO_BE_REPLACED

Speed Training Is NOT Conditioning

All too often we encounter high school athletes who see “speed training” in our workout programs and start moaning and groaning.

Coaches have conditioned them to think this type of training involves running until they vomit or can no longer move.

If that were what we did, I would be complaining, too.

At our facility, athletes are excited for speed work.

Why is our speed training so different?

Conditioning, from an athletic perspective, is training the aerobic and anaerobic energy systems to withstand the rigors of the involved sport.

Many coaches still fail to execute a well-structured conditioning program, but that’s a topic for another day.

END_OF_DOCUMENT_TOKEN_TO_BE_REPLACED

What exactly do I mean by being in a zone?  I’m talking about a zone of apposition.  “The zone of apposition (ZOA) is the area of the diaphragm encompassing the cylindrical portion (the part of the muscle shaped like a dome/umbrella) which corresponds to the portion directly apposed to the inner aspect of the lower rib cage.” (NAJSPT, 2010).  Basically, the ZOA is developed by closing down the ribs and not allowing them to flare.  When the ribs begin to flare, the ZOA is lost and things begin to go wrong.

We have been working hand and hand with Mike Robertson, and he was the one that first got me engaged to learn about the ZOA and how important rib position is in training.  I was having issues personally and it all stemmed from me losing my ZOA creating a dysfunctional breathing pattern.  I wasn’t using the right muscles to breath.  This created a one issue after another, finally leading me to a chronic case of external shoulder impingement.

I knew how important breathing was at the time…and to be quite honest with you…I just didn’t understand it.  I thought I did, but I wasn’t even close.  To be honest with you…I’m still not even close to understanding it.  However, I’ve learned enough over the past year to be fairly dangerous.  That’s why I want to share this info with you.  I want to help keep things simple so this information will start to make dramatic improvements in your programming and results.

Using the FMS, I learned a lot about crocodile breathing, a basic breathing technique found in yoga.  This was my first experience with “proper” breathing, but it’s not the end all be all by any means.  I was personally working on this form of breathing for months before getting assessed, so to find out that my breathing was the cause of my shoulder impingement was a major let down.  I worked really hard on fixing my breathing, but apparently got nowhere.  Needless to say, I was pretty frustrated with my results.  Breathing was a major part of my training, but I have never heard of this so called Zone Of Apposition.  I only knew breathing from your upper traps was bad and breathing from your belly was good…

Breathing from using your accessory muscles like the upper traps, scalenes, sternocleidomastoid, pec minor, etc…is not effective.  Neither is breathing solely from your belly.  We should be looking to fill up the lungs, so the chest is going to rise.  However, we don’t want to be using these accessory muscles to complete the job.  If we do, we will lose our ZOA for sure.

Since I’m a big fan of the FMS, I’m going to share a recent story that happened to me personally.  This is going to relate to the ZOA and how it can instantaneously change certain aspects of the screen.  During a recent in-service, the importance of the ZOA became blatantly obvious.  We were in the middle of teaching a handful of trainers a little about our Smart Group Training systems.  We started out by screening all of them and finding all of their dysfunctions prior to the hands on portion.  During the hands on section, the focus was to show how effective correctives can be.  Showing the effectiveness of correctives firsthand has proven to make an impact and create a paradigm shift in their thinking. If you’re using corrective exercises regularly, you should know how quick some changes can happen.

This example I’m going to share relates to the immediate changes that creating a zone and fixing rib position can create.  After making substantial changes in a straight leg raise dysfunction, it was time to move on to shoulder mobility.  The corrective chosen were reachbacks and wall slides.  We wanted to show how developing a little extension and rotation in the thoracic spine can make pretty quick changes.  After getting that extension and rotation, I wanted to help stabilize it with the slides.  I got him into position and had him perform a couple floor slides.  However, I had to stop him after two reps.   His rib position and body alignment were limiting him from performing them well.

I pointed out his rib position to the crowd and planned to move forward.  Since I decided to point out rib position, I figured I’d try to coach him through a couple breaths before moving on.  I got two breaths in and watched his ribs fall down.  I liked what I saw, but definitely didn’t expect to see any changes…Boy was I wrong.  Creating a ZOA rocked his world.  He went from having his hands 14+ inches apart to about 5.  Needless to say, I was blown away.  My mouth literally dropped.  I knew breathing and creating a  ZOA was powerful, but I have never seen such a dramatic change with two floor slides and two breaths.  I’m pretty sure it wasn’t from the floor slides.  It was from creating the ZOA.

Learning about rib position has been huge for me.  Fixing rib position and establishing a ZOA has helped me fix dysfunctional straight leg raises.  It’s helped fix shoulder mobility issues.  It helps fix rotary stability issues.  Basically, creating the ZOA has helped fix a heavy majority of the issues I’ve been seeing.  If you haven’t been looking into breathing that much, it’s worth your time.  There’s way more to breathing than just keeping your ribs down, but that coaching cue has helped dramatically.  Start looking at rib position in your clients.  Changing the rib position and creating a ZOA will help improve your results, guaranteed.