Mobility issues are very common in the world today. We live in a world where most people sit WAY too much. Sitting in a flexed, rounded position for hours upon end can wreck havoc upon your body. I remember listening to Gray Cook, co-creator of the Functional Movement Screen (FMS), tell a story years ago. In this story, he had a guy that goes by the name of  “Mr. Turtle.” You see…Mr. Turtle is the guy that wakes up in the morning and goes to the dining room, sits down for a nice breakfast and starts his day off by sitting in a rounded and flexed position. From there, he gets in his car to go to work and sits for another 20-30 minutes during his commute. After he arrives at work, he then goes to his office, sits at his desk, and starts to get to work. Mr. Turtle stays there answering emails, making calls, and getting his work done until he decides to take a lunch break. He sits at lunch. He then comes back to work to sit for the remainder of his workday. Mr. Turtle sits for his commute to his local gym, sits on the exercise machines, goes home for dinner only to continue sitting, and finally makes his way to the living room to relax by sitting on the couch and watching his favorite TV programs. 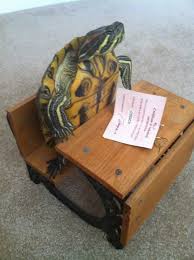 Mr. Turtle is a typical American, so I’m sure this story can relate to many of you out there. The vast majority of the people reading this article are not going to be like my friend Mr. Turtle, but there are probably a handful of people like him in your life. Mr. Turtle’s lifestyle is going to wreck havoc upon his body with all the sitting he’s doing. More often than not, Mr. Turtle is also going to have a lot of mobility restrictions limiting him from achieving full range of motion in many of his joints. The lifestyle of sitting tends to lead to a lot of dysfunction, so if we want to help our friends like Mr. Turtle, we’re going to have to address some issues.

So how do we go about addressing those issues in a progressive manner?

First, we need to start to address what’s going on in Mr. Turtle’s day-to-day life. As a trainer or therapist, one of the best things we can be doing is taking the bad out of someone’s life versus always trying to add more, even if the additions are positive. You’ll have much more of an impact on his movement and the way he feels if you can find strategies to cut his sitting in half. So, start prying in on your clients and what their typical day looks like. If you’re finding out that you’re working w/ Mr. Turtle, or one of his friends, think about his lifestyle and what you can do to make a positive impact by reducing the amount of time in a flexed, rounded position.  This could be something as simple as having Mr. Turtle stand up every 20 minutes, take a few steps, and then sit back down and get to work.  Small interventions like this can go a LONG way!

After you’ve started to address some of the lifestyle issues that may be holding Mr. Turtle back, you’re going to have to start addressing his programming. You see…Mr. Turtle has been under the impression that since he’s going to the gym and working out on a regular basis, he’s taking care of himself and the limitations he’s finding in his movement will eventually go away. However, after years of trying on his own, he’s starting to realize his tight hamstrings never seem to budge. Mr. Turtle is now seeking out help to address the limitations he can’t get rid of, so where do you begin with his programming?

Mr. Turtle can’t touch his toes. He can barley raise one leg off the ground before he starts to quiver and shake. His shoulder mobility stinks and he can barely touch his back. Needless to say…Mr. Turtle is a mobility nightmare.

So where do you begin?

Should he be squatting and deadlifting?

Should he be running?

Should he be doing a lot of push up’s and overhead pressing?

If you’re familiar with any of our work, or follow the FMS and their belief system, the answer to the above would be NO. Personally, if I were training Mr. Turtle, a heavy chunk of his programming is going to be done on the floor initially, and then we’ll start to move up from there. Here are a few concepts to help build up the foundation and get Mr. Turtle moving well again:

Start from the Ground and Build Up From There

The concept of building a program from the ground up should make sense to a lot of you. When you’re on the floor, you’re in the most stable position possible. Gravity is taken out of the equation and stability is at its highest point when you’re on the floor. There are also fewer joints involved, so the ability to control a movement is much easier on the floor versus standing up. After we’ve started to develop some progress with the exercises on the floor, we can start to transition into a more upright posture; however, we don’t take someone straight from the floor to standing typically. After we’re gaining progress on the floor, we’ll move to the next position, which is quadruped. Being on all four is still a pretty stable position, but now gravity will start to have an effect on posture and body control. Kneeling would be the next position we’d want to train, and then we’d finally move into standing exercises. Start Mr. Turtle on the ground. Build a foundation and develop good body awareness and motor control in each position before you start to progress to the more advanced positions.

Make Sure Breathing is Addressed in Each Position

Breathing is a hot topic in the fitness world nowadays, and it is for good reason…because it works! If you’re trying to progress someone and trying to get them to move better, and more efficiently, breathing has to be addressed. When I’m working with a client, I want them to be able to breathe from their belly versus their neck and shoulders. I want the breath to be initiated from the diaphragm and the air should start to fill their belly. It should also start to fill the obliques and low back as well. Belly breathing is good, but 360° expansion is really what we’re looking for. Air needs to go into the belly, back, and sides to create stability. If we’re not getting 360° expansion, our stability will be compromised and the ability to transfer forces through our core will be diminished. Breathing properly helps improve power, strength, and performance by eliminating potential “energy leaks” by creating a stable platform to perform off of. Simply check the breathing in each position before training. If it’s off, I’d start there before progressing.

I know we’ve shown this video a dozen times before, but it relates to a lot of what we do.  You can find out how we check breathing in each position by watching this In-Service we did at our gym a few years ago.  Even though the video is a few years old, the information is still extremely relevant and I don’t foresee this changing any time soon.  Check it out:

Improve Body Awareness and How to Move Without Compensation

As I’ve previously stated, I want to start the training from the floor and progress from there. How do you know when to progress though? How do you know when to take someone from the floor to quadruped, or to simply progress him or her within that position? This is where body control comes into play. There’s two things I’m always going to look at in each of the positions. First, I want to see if Mr. Turtle can move his hips without having to move his spine. A simple pelvic tilt is all that I want to see. I want to see that there’s control there and we’re teaching how to separate our hips from our spine. Check out the video below for an example of the pelvic tilt from the floor.

Those are three of the things I’m going to look for when I’m trying to work with someone like Mr. Turtle, or anyone for that matter. I want each one of my clients to have a good platform to perform off of, and I’m only going to achieve that if I build a proper foundation first. If you’re looking for a good resource designed to help build up the movement capacity within your clients, you should check out our resource, Building a Foundation. We take you through these progressions and much, much more within this resource. If you’re able to fine tune your clients and athletes and build them a solid base to work from, mobility and stability problems tend to take care of itself. We’ve had tons of success with this foundational work within our programs, so we decided to share what’s working for us. Check it out, you won’t be disappointed 🙂